Differences Between T5T and The Five Tibetan Rites

Breathing With The Tibetan 5 Rites

The Tibetan 5 Rites and The Five Elements

The Five Tibetan Rites of Rejuvenation were brought to the West in the late 1930s by a Westerner who went under the pseudonym of Colonel Bradford. The story of his experience and the instructions he received from the Tibetan Lamas were published in the book, The Eye of Revelation, by Peter Kelder' in 1939. All other books are derivatives or updates of this book, including my own. I learned the Rites in 2000, then co-taught them with my teacher for a while. She taught the method as described in the original book, and no matter how precise our instructions were, a certain percentage of people developed lower back or neck pain. Although this percentage was small in the first week or two of learning, I had concerns for the long-term when they (and others) would be increasing their repetitions to twenty-one times each movement over a ten-week period.

The monks recommended that we begin with 3 repetitions per week and add 2 more every week until we are doing the required 21 in ten weeks' time.

Let's face it; our modern western lifestyle is very different from that of the monks. They lived in the steep Himalayas and would have had to be fit to walk up and down those mountains! Their food production, preparation, and day-to-day tasks would have kept them physically active. Since the Rites were part of their daily practice, they probably started practicing them at a very early age. 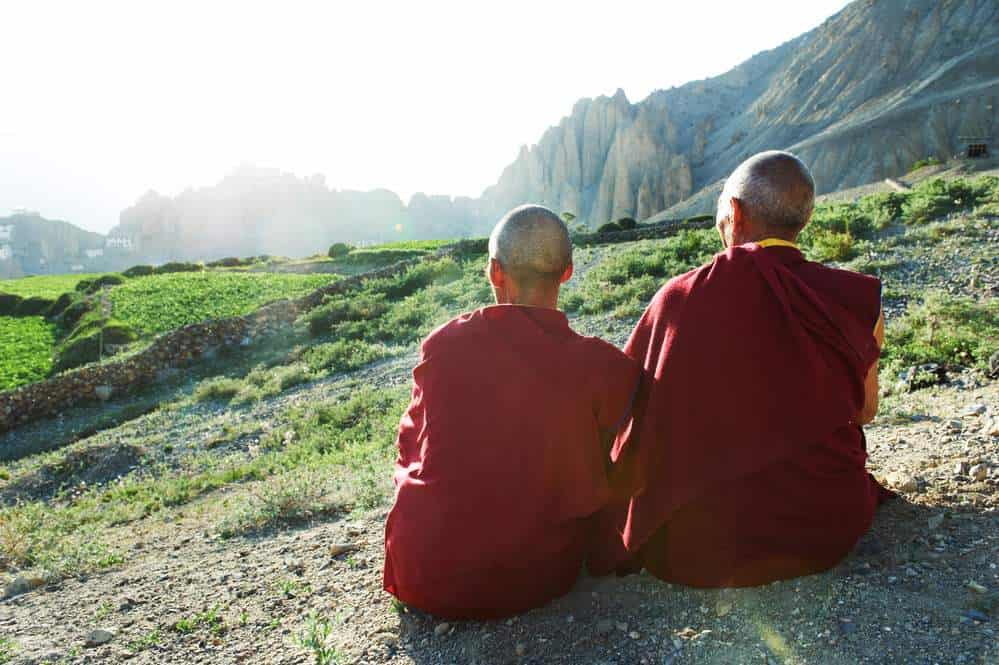 The types of people attending our workshop were largely beginners, but many were yoga practitioners, and some were teachers. We had people from all walks of life, including instructors and participants of other exercise routines. This is why they wanted to learn the Rites:

If you compare the monks' lifestyle to our own, you will clearly see that our bodies are under-utilized. Most of our daily tasks are repetitive, and we use the same muscles in the same range of motion, day after day. Other muscles become slack and underdeveloped from lack of use. The net result is that we rarely challenge our muscles, resulting in a reduced range of motion and mobility.

A good example of this is when you watch people who can't turn their heads around enough to reverse their cars. This situation is not an inevitable factor of aging; it is a lifetime pattern of not stretching and strengthening your body. For example, how often do you arch your upper back and neck backward? In contrast, how many tasks in your day involve you bending forwards?

As our commonly used muscles get stronger and our under-utilized muscles get weaker, we land up with imbalances in our bodies that, over time, are inevitably going to decrease our strength and flexibility. This makes us more prone to injury.

Knowing this, I decided to take these ancient movements to the very people who help rehabilitate those who have been injured – and ask them for their suggestions on how to avoid future injury.

I consulted with physiotherapists, osteopaths, chiropractors, an occupational health therapist, a breathing expert, Feldenkrais Instructor & Pilates Teacher. They all made suggestions which I tried out in the living laboratory of my classrooms. It was these trial and error ‘experiments’ in my workshops that ultimately evolved the flowing and safer sequence that is now T5T. 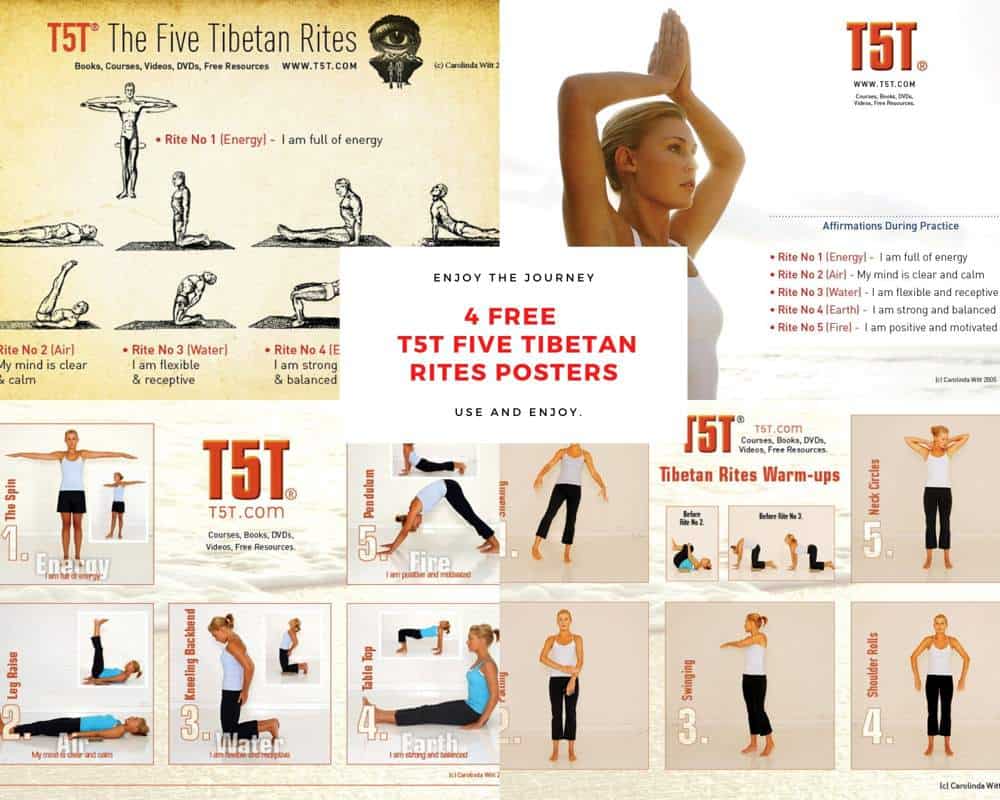 Rest assured, the integrity and benefits of this ancient practice remain intact. Before I expand upon the changes, let’s get clear on the purpose of the Rites as described by Colonel Bradford in The Eye of Revelation book.

"The first important thing I was taught after entering the Lamasery,’ he began, “was this: The body has seven centres, which, in English, could be called Vortexes. These are kind of magnetic centres. They revolve at great speed in the healthy body, but when slowed down – well that is just another name for old age, ill-health and senility.

These spinning centres of activity extend beyond the flesh in the healthy individual, but in the old, weak, senile person they hardly reach the surface, except in the knees. The quickest way to regain health, youth, and vitality is to start these magnetic centres spinning again.

There are but five practices that will do this. Any one of them will be helpful, but all five are required to get glowing results. These five exercises are really not exercises at all, in the physical culture sense. The Lamas think of them as ‘Rites’ and so instead of calling them exercises or practices, we too, shall call them ‘Rites.'"

The changes I have made to the original routine do not adversely affect the spin rate of the chakras – the whole purpose of performing the Rites. They do, however, significantly improve the physical aspects of the movements, making them safer for just about everyone to perform. Here are the main differences between T5T and the original Rites.

T5T is the result of the experience of teaching thousands of students and around forty Instructors through workshops, private tuition, corporate training, books, DVDs, Videos, and Home Study Packages, etc.

If you are interested in finding out how good your breathing is - try these Free Breathing Tests. Michael Grant White, the developer of these tests, was a consultant to T5T's "Energy Breathing Method."