Shangri-La And The Tibetan 5 Rites

The Five Tibetans Spin – Is There A Link To The Whirling Dervishes?

Influence Of Others In Original Five Tibetans Book 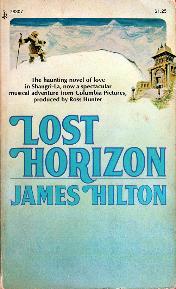 [The following article is written by my friend and colleague, Jerry Watt, an antiquarian bookseller and collector with whom I share a special interest in researching and preserving the history of The Five Tibetan Rites of Rejuvenation. It is published here with his permission. Jerry owns a rare copy of the 1939 Eye of Revelation book and also one of the equally rare 1946 updates that includes a new chapter and further information. Using scans from Jerry's books (which are out-of-copyright) I have combined the information from both books which you can download for Free here. Jerry and I don't agree on everything, but we both share a genuine desire to provide interesting and accurate information. Carolinda Witt.]

The eleven o’clock news was on but I was only half listening as I worked at my computer.  A newscaster mentioned James Hilton’s classic novel, Lost Horizon, but I don’t know in what context.  Then I caught something being said about a group of Tibetan lamas that had developed methods of life extension.  This was in reference to Shangri-la, Hilton’s fictional Tibetan monastery; but, again, I missed the context.  Then suddenly I asked myself, “Why haven’t I looked into Lost Horizon for clues about the Five Rites?”

No, I didn’t think there would be anything directly pertaining to the Five Rites; but, novelists often base their stories on obscure facts or existing legends by way of establishing authenticity.   I thought I might find a lead (or a hint of a lead) that might support the “back story” of the Rites.  I thought if I were really lucky I might find something . . . maybe.

But, Lord, I was not prepared for what I found.

In my reprint edition of the 1946 Eye of Revelation, I included some speculation about the identity of Colonel Bradford.  Peter Kelder wrote that “Bradford” was not the Colonel’s real name.  In fact, there appears to have been a deliberate effort on Kelder’s part to sanitize his book from all personally identifiable information about himself, the Colonel and the hidden monastery.

From various clues, I deduced that Bradford may well have been Major General Sir Wilfrid Malleson (see Appendix D of my 1946 reprint).  I almost left this part out of the book, and would have except that Sir Wilfrid died in 1946, the same year in which Kelder republished the Eye of Revelation.  I had the sense that it may have been republished in secret tribute to his friend.

One of the few facts Kelder revealed about Colonel Bradford (Malleson) was that he was a British Army officer serving in the British Diplomatic Corps. Immediately upon hearing the reference to Lost Horizon on the news, I looked the book up on the Internet where I quickly read a plot summary.  I’m sure I had read the book when I was twelve or thirteen but only thing I remembered, and this vaguely, was the ending.  It was the story of four people whose flight on a small plane was hijacked and flown to the mysterious monastery called Shangri-La somewhere in Tibet.

One of the passengers was named Mallinson.  He was a British Army officer.  He served in Great Britain's Diplomatic Corps.

I just stared at the name on my computer screen muttering to myself, "This is impossible . . . it can't be a coincidence . . . this changes everything."  Not only was there the obvious parallel between Hilton’s Shangri-La monastery and the Five Rites monastery, now there was the parallel between a real and a fictional British Army officer in the British Diplomatic Corps.   Not only were their names eerily similar, they also had identical job descriptions.  The inescapable conclusion was that there was a connection between Lost Horizon and the Eye of Revelation, something far beyond mere coincidence.*

My second reaction to this knowledge was, “Oh, oh!”  You see, Lost Horizon was published in 1933, the Eye of Revelation in 1939.  That allowed plenty of time for a plagiarist to walk in and say, “Hello.”  I wondered if Kelder may have capitalized on the popularity of Lost Horizon to make some easy profits.  However, as I thought about it, plagiarism didn’t seem plausible for a number of reasons.

If Kelder plagiarized, where did he find the Five Rites?  They really do work, but they are not mentioned in Lost Horizon (although there is a vague hint).  The Rites' authenticity argues against the plagiarist theory (something which, perhaps, only practitioners can fully appreciate).

But why plagiarize in the first place?  It could lead to serious legal and financial problems.  Moreover, it would have been much more profitable to write something along the lines of a companion book openly linked to Lost Horizon -- perhaps something entitled: "Tibetan Rejuvenation Secrets of Shangri-la."

Mallinson was a fictional character created by James Hilton.  Malleson was a real person but was not identified in Kelder’s book; rather, vague clues merely pointed to Malleson.  Kelder didn’t plagiarize the name “Malleson,” he tried to hide it.  If Kelder was a plagiarist, then he was at least mildly incompetent.

For Hilton’s “Mallinson” and Kelder’s “Malleson” to both be involved with a Tibetan monastery teaching esoteric life extension, plus being British Army officers, plus being in the British Diplomatic Corps, plus having such similar names, all this seems comfortably beyond the level of mere coincidence.  I now believe that “Colonel Bradford” really was Major-General Sir Wilfrid Malleson.

But what could explain this strange connection between Lost Horizon and the Eye of Revelation?  The conclusion, which shocks me still today as I write, is that the Eye of Revelation was written by James Hilton, and that he was writing about Tibetan Rites that came from Shangri-la.

(In Part 2 of this article, we will add further details and describe how this discovery affects the back story of the Five Rites. And we will explore the connection between Shangri-la and the legendary Shambhala.)

* Some people may be suprised to learn there even is a character named Mallinson in Lost Horizon.  Frank Capra's classic film adaptation of Lost Horizon was released in 1937 and, for many people, their knowledge of the story is based soley on this popular movie.  For dramatic reasons, Capra replaced the Mallinson character with the protagonist's brother.

Jerry is an antiquarian bookseller and collector with a special interest in researching and preserving the history of the Five Tibetan Rites of Rejuvenation. He is the owner of a very rare copy of the 1939 version of 'The Eye of Revelation' and the equally rare 1946 update of the same book, which contains additional information.