Tibetan Rite No 1 – The Spin

Before You Begin The Five Tibetans

1. Which direction should we spin? Some people say we should spin anti-clockwise in the Southern Hemisphere - is this correct?

Colonel Bradford's book The Eye of Revelation gives instructions to spin in a clockwise direction [only].

'The first Rite,' continued the Colonel, 'is a simple one. It is for the express purpose of speeding up the Vortexes. When we were children we used it in our play.  It is this: Stand erect with arms outstretched, horizontal with the shoulders.  Now spin around until you become slightly dizzy. There is only one caution: you must turn from left to right. In other words, if you were to place a clock or watch on the floor face up, you would turn in the same direction the hands are moving.”… 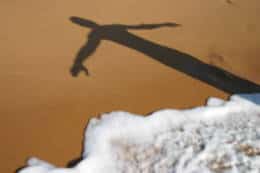 Due to the research, I have done, I believe Bradford deliberately didn't mention anything about an anti-clockwise direction for a number of reasons.

The idea behind the confusion about which direction to spin seems to come from a popular myth about the spin direction of water in toilets or sinks going clockwise or anti-clockwise according to your location in either the northern or southern hemisphere.

There are other theories and philosophies, including Tibetan Buddhism that support the clockwise rotation of the chakras and, therefore, the Spin. Some people confuse the anti-clockwise whirling of the dervishes with that of the Rites and many other reasons.

For a more in-depth and intriguing explanation read my full article.

This is very common. We have had seasoned yoga teachers be totally amazed at the effect spinning had on them.

In T5T we have a beginner version, which often helps.  We also teach you how to develop correct technique - since a spin that is wobbly or irregular increases your chance of feeling dizzy.  These methods are comprehensively covered in our books, DVDs, etc.

The symptoms of motion sickness occur because your brain receives conflicting information from your sensory systems. These senses send information to your brain about the position and movement of your body and include your eyes, the sensors of the semicircular canals in your inner ears, and the somatosensory receptors in your skin, joints, and muscles. A mismatch in sensory information causes a conflict between what is seen or felt and your previous orientational experience. When this happens, the body responds with the symptoms of dizziness and motion sickness. For this reason, using the correct technique during the spin is crucial.

Start by slowing down when you spin - and cut back on your repetitions.  If you need more assistance than that - there are a number of natural remedies you can take that help with dizziness - as well as desensitizing exercises you can do.  Read my article on helpful hints and natural remedies for dizziness.

3. Is there a link between the Spinning movement in The Five Tibetan Rites to the spinning of the Whirling Dervishes?

Although they both spin, the First Rite and the Sema (a religious ceremony) have different outcomes and vary significantly in technique. The Dervishes spin to induce a trance-like ecstatic state, whereas the Tibetan 1st Rite is performed to stimulate the vortexes into action.

In the Tibetan First Rite, both palms are facing downwards towards the floor. The Dervishes, however, place their right palm upwards to receive the power of the heavens, and their left palm turned downwards to direct this energy into the earth. They see themselves as the conduit of God’s power and do not try to hold onto or direct that power.

In The Eye of Revelation, the 1939 book which describes the direct teachings from the Lamas in the Tibetan Monastery, the author, Kelder, mentions Bradford's discussion regarding the Dervishes as follows:

When I spoke to one of the Lamas about this, he informed me that while this whirling movement of the Dervishes did have a very beneficial effect, it also had a devastating one. It seems that a long siege of whirling stimulates into great activity Vortexes (Chakras) A, B and E. These three have a stimulating effect on the other two - c & D. But due to excessive leg action the Vortexes in the knees - F & G - are over-stimulated and finally so exhausted that the building up of the Vital Forces along with this tearing down causes the participants to experience a kind of 'psychic jag' which they mistake for something spiritual or at least religious.

However, continued the Colonel, we do not carry the whirling exercise to excess. While the Whirling Dervishes may spin around hundreds of times,we find that greater benefit is obtained by restricting it to about a dozen or so times, enough so that Rite Number One (The Spin) can stimulate all the Vortexes to action.

Read my full article on all the differences and the significance of the spinning action.